The Wall Street Journal is the largest newspaper in the United States by circulation, with approximately 2.2 million subscribers in the U.S. and 36 million digital visitors per month worldwide. 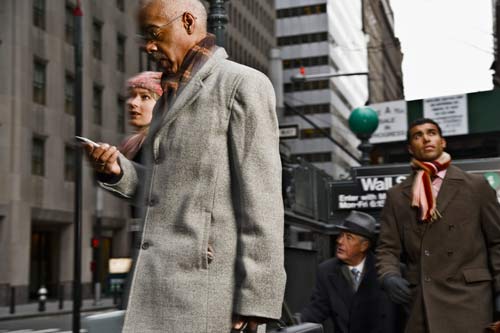 The Wall Street Journal had version 5.0 for their iOS universal app – that is, it was compatible on both an iPhone/iTouch and the iPad. With Apple’s announcement requiring all apps to be iOS 7 compatible by February 1 2014, the WSJ had to make their iOS app optimized for this new requisite. Our Mobile Apps Company team was selected to provide mobile app solutions for this ongoing project to manage iOS new releases and upgrades.

There were 3 major phases to get the WSJ’s app fully upgraded and functioning to iOS 7:

The Wall Street Journal contracted the Mobile Apps Company to initially support their iOS 5 and iOS 6 application. The development consultants began by creating documentation to understand the project and identify bug fixes and minor changes.

The Mobile Apps Company team identified and fixed numerous unresolved performance issues. One of the major challenges was an ad that used to play videos despite not being directly interacted with, so the ad was removed and the issue was fixed.

The first big task during phase 1 was to identify performance upgrades and improve the navigation system in the iOS app. Our development team designed and implemented the navigation code, which remains in the app’s use to date. Once the navigation was finalized, our team began working on localizing the app support for Korea which turns the entire app’s content into Korean. We also integrated expand/collapse functions on the “what’s news” section, allowing additional content to appear on the home screen.

In the navigation, additional functionality was implemented to the already existing links so users can learn more information, such as quote and search buttons. Additionally, we parsed link with the author’s email credentials to offer the ability to email the author directly without having to open a new email message. Interlinking article functions were also created to help boost relevant articles to each other based on the topic.

Our team also added analytics and changed the provider to Omniture to view and evaluate customer interactions in real-time metrics.

Phase 2: Support for iOS 7 to ensure a smooth transition to the new interface.

Our development team upgraded the SDK, ensuring that the app looked exactly the same as the iOS 5 + 6.

One of our Mobile Apps Company developer designed the new architecture and entire core engine (architecture, navigation, page flow, and links management) – the design was selected to move forward out of 3 separate submissions. Our consultant directed this project as how to best implement it. Our team also refined the page size management to self-adjust based on the view port size to accommodate varying mobile devices like the iPhone 4 and 5, iPads, etc. The pagination (what pages should come next, what article is important, stitching of all the pages together) also was updated so that performance wasn’t adversely impacted.