As of September 2013, DNV and GL merged to form DNV GL. They now form the world’s largest ship and offshore 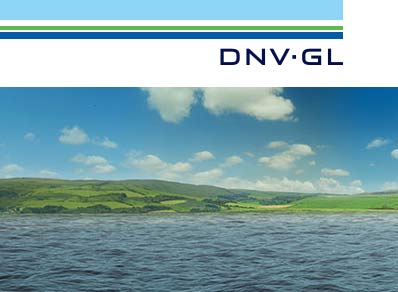 classification society, the leading technical adviser to the global oil and gas industry, and a leading expert for the energy value chain including renewables and energy efficiency. They’ve also taken a position as one of the top three certification bodies in the world. DNV GL operates in more than 100 countries with 16,000 professionals.

DNV GL approached the Mobile Apps Company with a modest budget, looking to prototype an internal enterprise iOS auditing app for the iPad. DNV GL needed a cost effective solution that would boost their auditors’ productivity, allowing them to update their audits faster than ever. The premise of the app would allow auditors to leave their pencils and notepads behind and create a more streamlined process by using an application on an iPad instead. It would also eliminate any potential errors due to illegible handwriting.

The Mobile Apps Company took their idea and crafted out a streamlined project plan based on our 5 point mobile development process, with realistic features that could be implemented within the tight deadline. This was a full life cycle project from inception to delivery, so it was important to devise a smooth path to project completion.

The requirements gathering was done during the last two weeks of December 2013. Once we were both in agreement to the 2 month long plan, our mobile consultants launched the discovery and strategy phases for the iPad DNV GL auditing app. We developed an app that leveraged Dropbox as our web service due to the time crunch and the long turnaround time for our client to prepare and procure servers. Utilizing Dropbox, we were able to save client lists as folders, and audits as JSON files. Additionally, images and documents were attached to particular audits.

A user JSON file allowed for security, permitting only users with valid ids and passwords to use the app. Users would be granted the ability to create, continue, merge, complete, and delete audits for different clients.

On the main dashboard for answering/progressing through an audit, content was clearly detailed and delineated. Our developers emphasized a minimalistic approach to the UI/UX design in showing the primordial content. This meant a user would need little to no help in using the app, forming the optimal user friendly experience. Lastly, we ensured the app functionality deliver easy navigation and a quick system to craft reports after completing an audit via editable views to generate a pdf output.

DNV GL is extremely happy with their iOS iPad app’s results. Their auditors now have an integrated resource needed to deliver audits in a quick and methodical process, which has eliminated many former headaches. The Mobile Apps Company consultants successfully met their tight deadline and the client has been testing in the field since completion. We even provided training as to how to convert an actual audit into a JSON format the app can read for adding new content. DNV GL was so pleased with their experience that they have expressed interest in several upcoming projects which they would like us to work on.